Ethiopia is truly a land of contrasts and extremes, a land of remote and wild places. For example, some of the highest peaks on the African continent are found here among the jaggedly carved Simien Mountains—one of UNESCO's World Heritage sites— as well as some of the lowest, in the hot and fascinating Danakil Depression, where sulfur fumaroles escape from a lunar-like landscape. Many people choose Ethiopia because of the manner in which ancient traditions have been preserved, are continued and still practiced today. Indeed, the ceremonies and rituals of the Ethiopian Orthodox Church open a window to an undisturbed world of the Old Testament. In no other country is it possible to find yourself so dramatically transported back in time or to participate with such freedom in the sacred rituals of such an ancient faith. 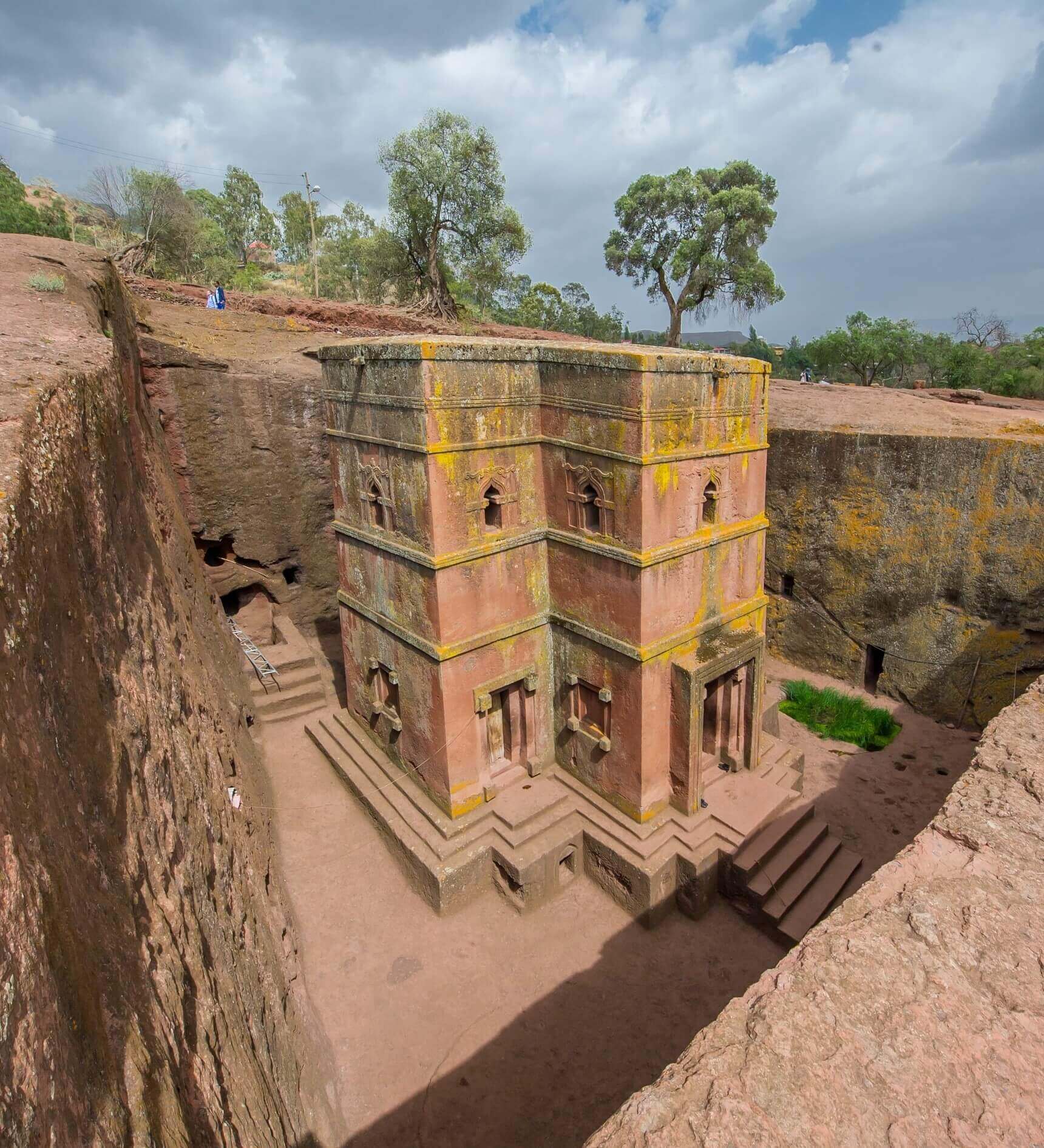 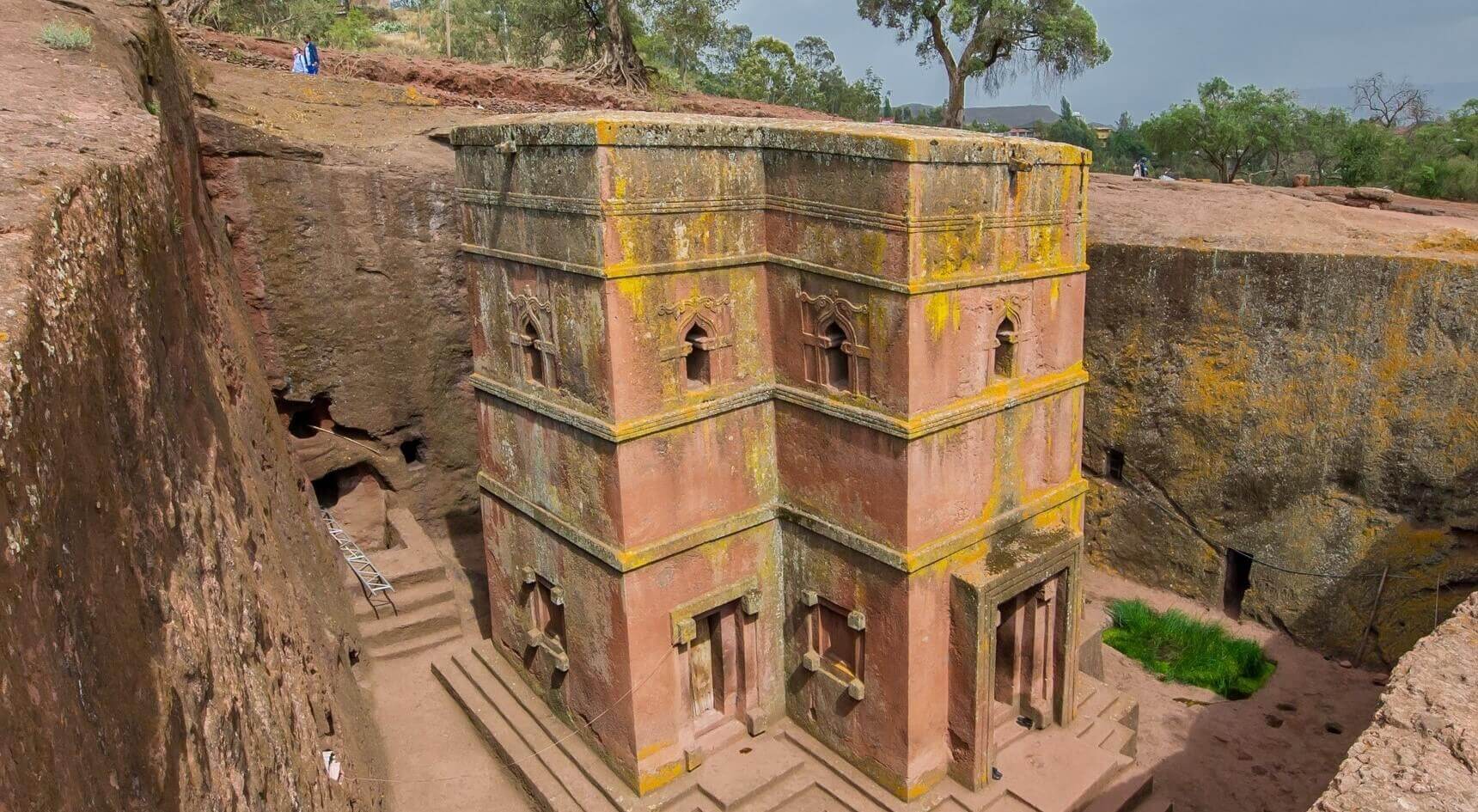 Thousands of Years of Highlights and History

Ethiopia's rich historical heritage is unique in sub-Saharan Africa. axum obeliskThe country looks back on a history of more than 3,000 years when the city of Axum became the center of an empire stretching from the Nile River across the Red Sea to Yemen. Even today, ruins of palaces and monuments, old inscriptions and underground catacombs demonstrate the magnitude of the ancient city. In another corner of the Ethiopian Highlands, the medieval capital of Lalibela is home to a series of incredible, monolithic rock-hewn churches built in the 12th and 13th century. Known as the New Jerusalem, King Lalibela is said to have ordered their construction when Jerusalem fell to the Arabs at the end of the 12th century. lalibela The imperial city of Gondar is best known for its 17th century castles built by Emperor Fasiladas and his successors. The castle compound is often referred to as Africa’s Camelot and remained the capital of Ethiopia for hundreds of years. In the east of the country, near the border with Somalia, lies the walled city of Harar. With over 90 mosques in the city’s center, Harar is now considered a holy city among Muslims. Discover the ancient and secluded island monasteries of Lake Tana, the largest lake in Ethiopia and the source of the Blue Nile, or be one of the few visitors to the region of Tigray’s remote rock-hewn churches, testimonies to the country’s Christian legacy.

A Land for Nature Lovers

Apart from its historical sites, Ethiopia offers exceptional natural habitats with rich bio-diversity. The country’s scenery varies from high mountain ranges with alpine flora and fauna—Simien and Bale Mountains— to deep gorges, wide valleys, volcanic lakes, savannahs, and semitropical forests. Natural diversity stretches from the lowlands of the Omo Valley to the volcanically active Danakil Depression and some of the warmest temperatures on earth. wenchi Connected to Ethiopia’s extraordinary geography are diverse ecosystems, placing the country among the highest in the world in terms of endemic mammals, birds and plants. While the Rift Valley Lakes are famous for bird-watching, the Awash and Nechisar National Parks are famous for game drives. Not far from its origin in Lake Tana, the Blue Nile Falls begins a thunderous path north to the Mediterranean Sea. Ethiopia is a paradise for bird watching and a must for every professional ticker! Trek through the highlands or go horse-back riding in the national parks, marvel at the fascinating endemic animals and revel in the breathtaking scenery! 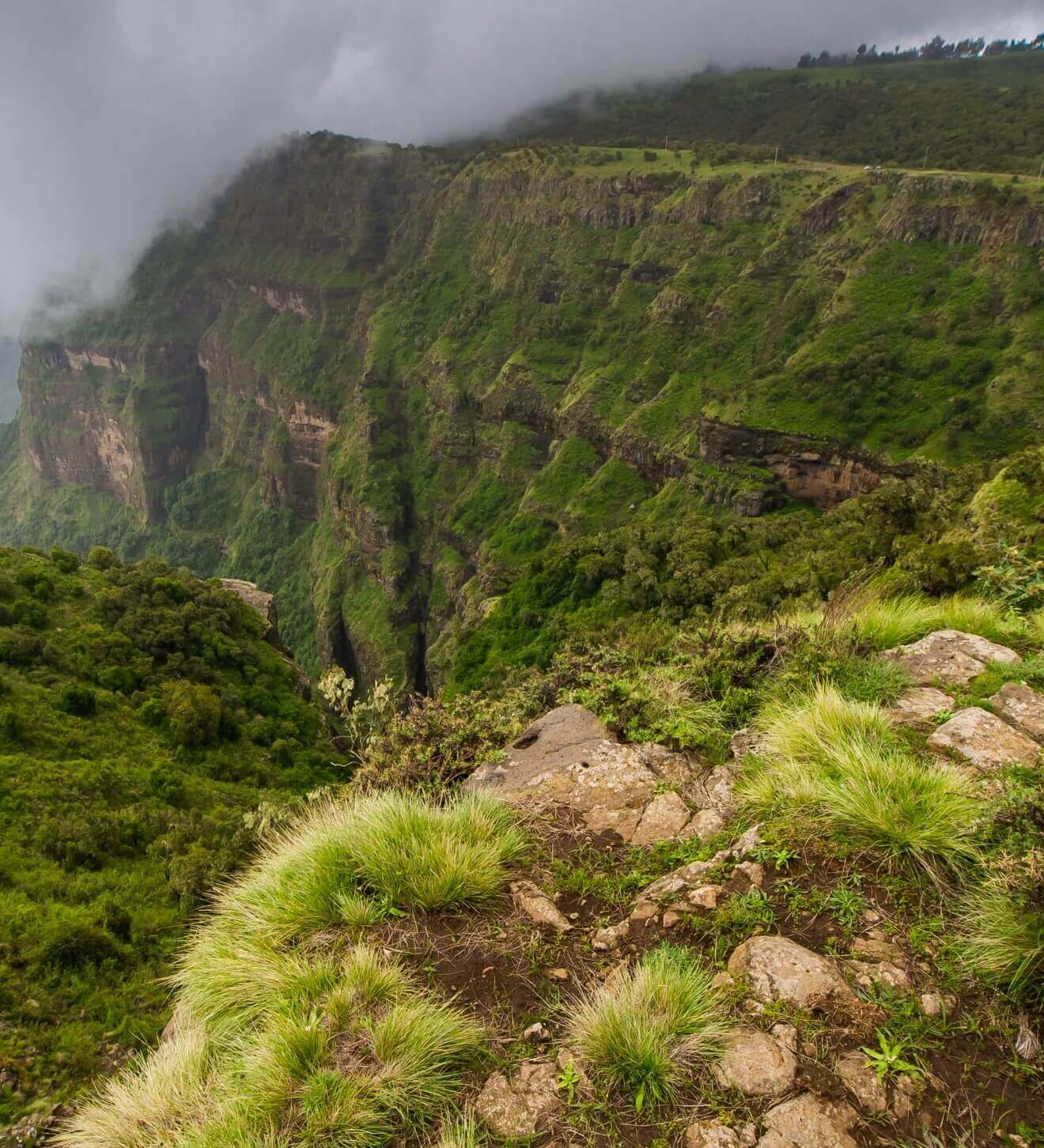 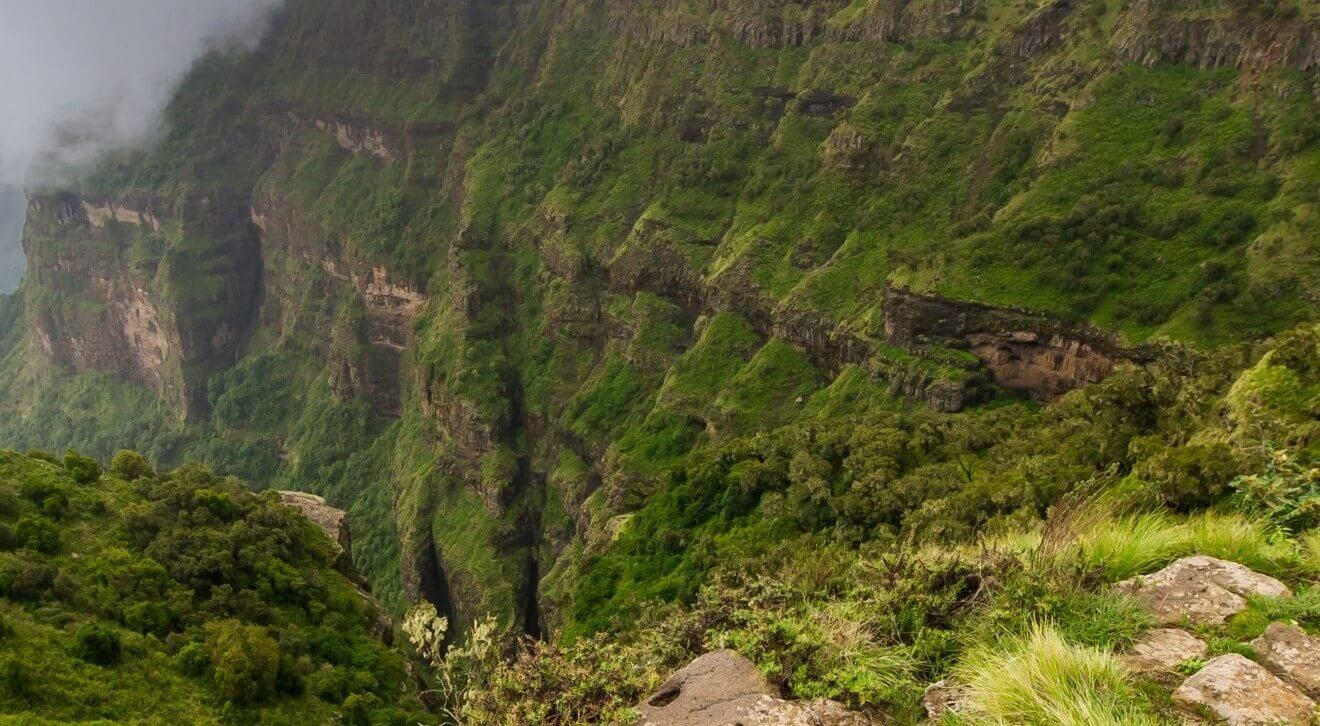 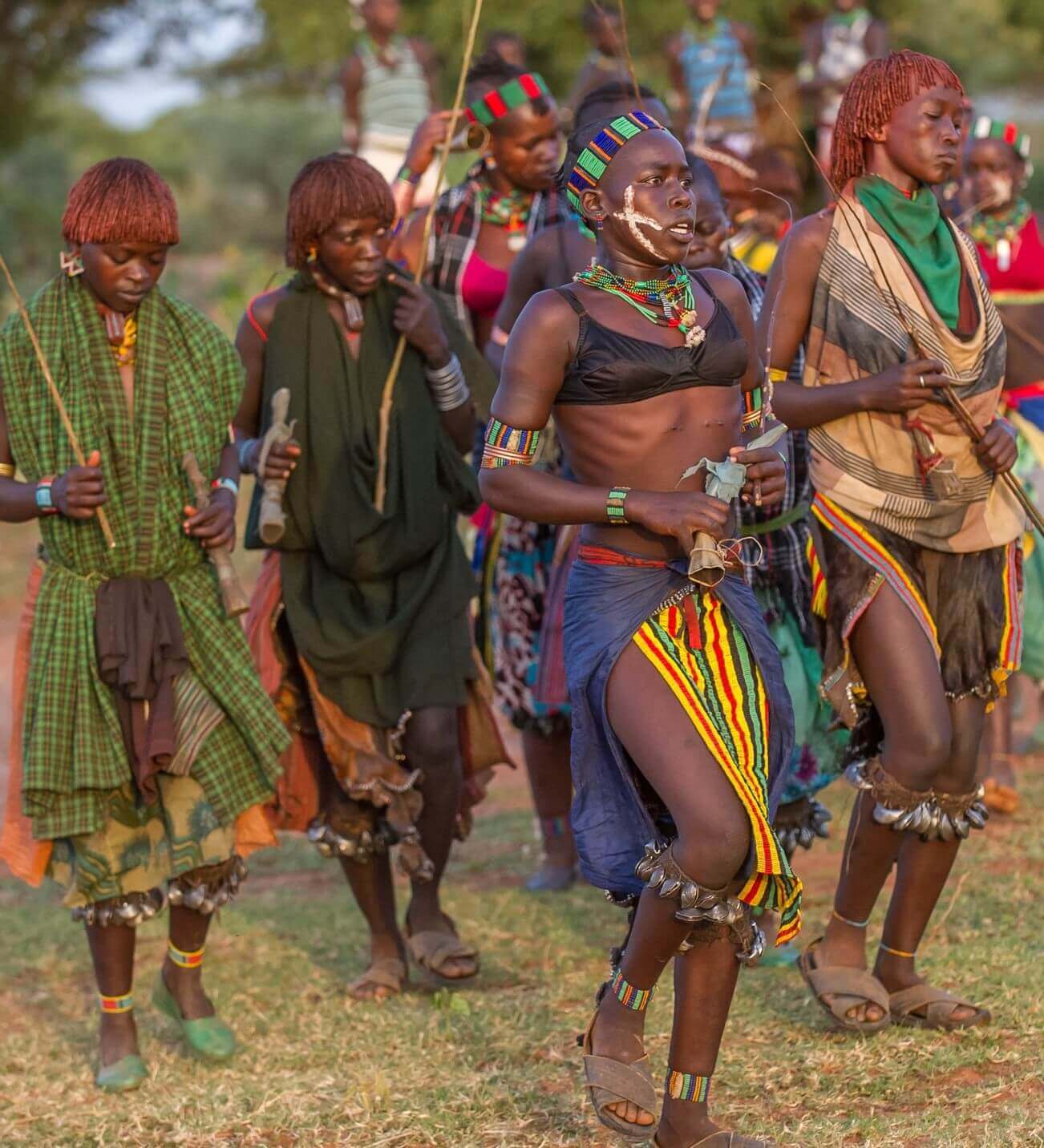 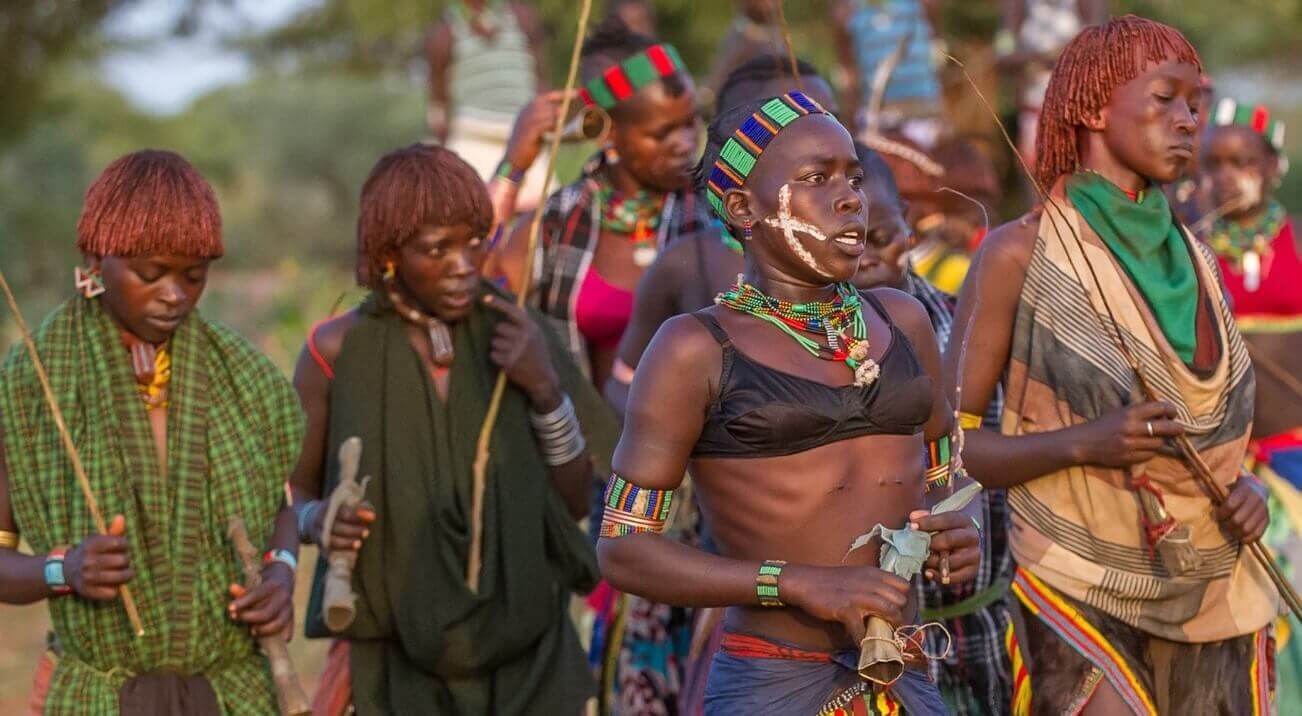 An Ethiopian Medley of Ethnicity

Ethiopia is also a country of great cultural diversity with a population of more than 80 ethnicities and as many languages and customs. The country’s virtual isolation over centuries and its unique history of never being colonized have substantially shaped people’s traditions and ways of life, some of which still appear untouched by outside influences. The southwest area of the Omo Valley is of particular interest due to a high concentration of distinctive ethnic groups that have maintained their traditional cultures making them some of the most fascinating tribal groups on the African continent. Meet the Konso (known for their terracing systems), the Hamer (famous for their elaborate body decoration), or the Mursi (known for the lip plates worn by their women), just to name a few! Or get acquainted with the friendliness of the Oromo, Amhara, Gurage and Tigray people, large ethnic populations living in the central and northern highlands! Today’s Ethiopia is a multi-cultural, multi-ethnic, multi-lingual, multi-religious mosaic inviting you to discover its magnificent diversity!